Hannah Dreier talks career in reporting, reporting challenges in Venezuela, and the use of social media as news in interview 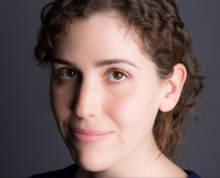 On Thursday, February 22nd, Hannah Dreier, immigration reporter at ProPublica and previous Venezuela correspondent for The Associated Press, gave a talk about the difficulties and challenges of reporting in Venezuela about the current situation there as well as in the United States with the narrative of fake news taking hold in both countries. After her talk, I had the pleasure of interviewing Hannah to go a little more in depth about the topics she talked about.

The beginnings of Hannah’s career saw her start at various local newspapers in small communities and had her go out into the community and look for things that were interesting to report on. To her, Dreier said, “Reporting isn’t done in the newsroom. Doing the job of reporting involves being on the ground.”

Her journey through reporting hasn’t always been easy and has required her to make difficult decisions and weigh the costs of publishing a story to get the truth out while attempting to protect individuals whose stories she wrote about, specifically mentioning a mother whose son disappeared and was murdered by MS-13 gang members. On the topic of informed consent and whether you can get that from a teenager who was at the time facing threats from MS-13 for being an informant, she mentioned giving him the option to “kill the story”, which is something that is rarely ever given, according to Dreier. She also talked about those stories not being promoted in the communities they were written about and not explicitly translated to Spanish because doing so would put the individuals at risk since the stories could make their way back to MS-13 in El Salvador.

On the topic of reporting in Venezuela, Dreier discussed with me the lack of reporting done there due to Maduro’s foreign press ban, part of the guerra mediatica against foreign reporting there, as well as the challenges that come from that. “I’ve seen the pundits be wrong over and over again,” she said, referring to individuals in the United States who report on Venezuela from abroad without actually knowing what’s happening on the ground. Additionally, she discussed how there is a lack of reporters in the provinces outside of Caracas, whose populations are, more often than not, facing the worst of the current crisis. More so, we discussed the use of social media to report on events there and what that has led to in the country. Dreier expressed that “It’s the democratization of news,” highlighting the role that social media plays today in reporting, as many people have the access to and report news from various sources through social media. She did note that there does come some challenges with reporting this way, especially with the verifiability of sources, saying “there can be a lot of misinformation, some intentionally, and it’s hard to fact check those.”

In both her talk and interview, Hannah Dreier stressed the importance of checking the sources of our news to make sure they are accurately and unbiasedly reporting on events, especially in the era of fake news, with such a label challenging the trust in fact checked, objective reporting. As it was something she grappled with while reporting in Venezuela, her return to the US only to see the same distrust in news sources has caused her to stress the fact that the use of “fake news” as a label to characterize any source the government doesn’t agree with is a precursor to authoritarianism.

Hannah Dreier is an immigration reporter at ProPublica. She was previously the Venezuela correspondent for The Associated Press. Her reporting has won prizes from The Society of Professional Journalists, Gerald Loeb Awards and Overseas Press Club, and she has been recognized with the James Foley Medill Medal for Courage in Journalism. She graduated from Wesleyan University in Connecticut, and spent the first years of her career in daily newspapers.

Written by Alfredo Calvo, Class of 2020