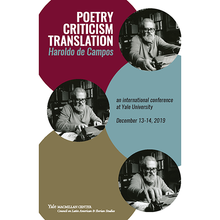 On December 14, 2019, Luce Hall was filled with scholars from around the world who gathered to discuss the life, work, and legacy of Brazilian poet, critic, professor and translator Haroldode Campos (1929-2003). The day-long conference “Poetry, Criticism, Translation” was convened by Kenneth David Jackson, professor of Portuguese and member of the Council on Latin American & Iberian Studies, in collaboration with Eduardo Jorge de Oliveira of the Universität Zürich. The two scholars met at an event in Zurich in 2018 and after a series of exciting conversations about Harold de Campos,they decided the convene an international series of conferences focused on the Brazilian poet and essayist, marking what would have been his 90th year of life. 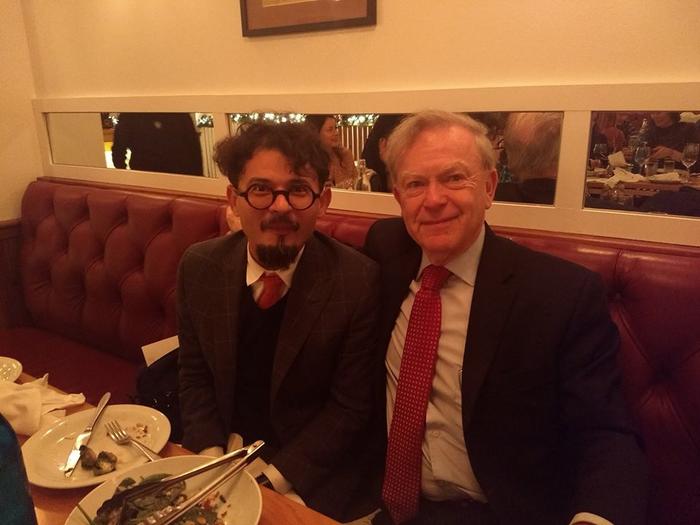 Haroldo de Campos was a founder and leader of the Concrete Poetry movement in São Paulo (from 1952), a visiting professor at Yale (1978), incessant traveler and promoter of contemporary poetry and translation, for which he invented the term “Transcreation.” Many of his essays are translated in the volume NOVAS (Northwestern UP, 2007). His literary archive at the Casa das Rosas in São Paulo is a point of international research, based on his contact with major theorists and intellectuals around the world. Campos received the Octavio Paz prize, the Roger Caillois prize, and an honorary doctorate from University of Montreal.

The first part of the event, the Jornada Haroldo de Campos, took place on October 30-31, 2019 in Zürich. The December 2019 event at Yale –“Poetry, Criticism, Translation” –featured scholars from the United States, Switzerland, Germany, Canada, France, Poland, and Austria. Panelists addressed issues including international translation networks and literary circulation, sound and translation, and poetics. Scholars ranged from tenured professors to graduate students, and all were thrilled for the chance to gather for vibrant dialogue. The Yale conference was a chance for prolonged and intimate scholarly exchange. In addition to the full dayof panels and talks, the event included a special exhibition of books and collection materials related to Haroldo de Campos at the Beinecke Rare Book & Manuscript Library.

Professors David Jackson and Eduardo Jorge de Oliveira felt that the events in Zurich and at Yale were a great success, not only in celebrating the life and work of Haroldo de Campos, but in stimulating connections between the two universities and among international scholars, including the younger generation, represented by graduate students and post-doctoral fellows who presented at the conference. They both looked forward to working together for a 2029 event to celebrate Haroldo de Campos centennial! 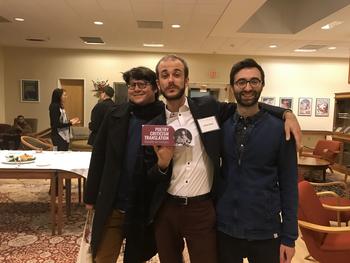 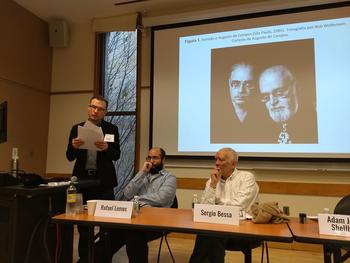 This conference was made possible with the support of the Edward J. and Dorothy Clarke Kempf Memorial Fund, the Council on Latin American & Iberian Studies at the MacMillanCenter at Yale, the Yale Department of Spanish & Portuguese, the Yale Department ofComparative Literature, and the Yale Translation Initiative at the MacMillan Center at Yale.This conference is convened by Kenneth David Jackson, Yale University and Eduardo Jorgede Oliveira, Universität Zürich.

Thank you to Adam Joseph Shellhorse, Associate Professor of Latin American Studies, Portuguese, and Brazilian Studies at Temple University, for sharing photographs from the event.