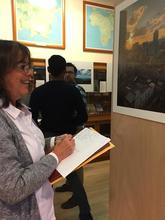 On April 9 the Council on Latin American and Iberian Studies (CLAIS) hosted an exhibition of 28 photos from graduate and undergraduate students working in Latin America, the Caribbean, Spain, and Portugal. According to Claudia Valeggia, Chair of CLAIS and Professor of Anthropology, the exhibit was designed to celebrate the academic travel, research, and internship experiences of our students over the past academic year. “We were looking for an event that captured the students’ lived experiences in Latin America and Iberia and, at the same time, something that was “shareable” with the Yale community at large,” said Professor Valeggia. “Students always take pictures on their trips and I had seen some of them and thought that a photo contest was an excellent way for the students to get together, remember their trips and share, with images and words, their experience.”

Students were invited to submit 1-2 photographs taken during their international experiences to be displayed and considered for a prize. Graduate student submissions came from a number of trips supported by CLAIS grants, as did some of the undergraduate submissions. A number of countries were represented in the exhibit, including Argentina, Brazil, Colombia, Costa Rica, Cuba, Ecuador, Mexico, Peru, Portugal, and Puerto Rico.

Professor Valeggia picked Blair Nelsen’s photo of a church in Caxambú, Brazil, as the first-place winner in the graduate category because “the colors, the composition, and the perspective caught my eye immediately. I also enjoyed reading the caption and thought it truly reflected an image of Latin America.”

She chose undergraduate Matt Nadel’s photo of Finca Marta, as the first-place winner because she “loved the composition, the parallel lines, the effect of the net on top. I thought it had an impeccable visual design. In addition, it included two students who took part of the Cuba trip and the photographer did a good job at describing it.” 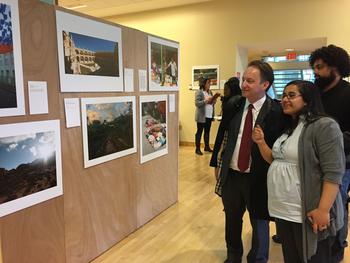 Asia Neupane, Program Director for CLAIS, organized the photography contest and she hopes to make it an annual event. “We are proud of all our students for the great work they have done, both in these photographs and in their international experiences,” she said. “We hope that this contest will encourage more students working in Latin America, the Caribbean, Spain, and Portugal to take advantage of CLAIS resources for academic travel and research.”

The first, second, and third place prizes were awarded to: 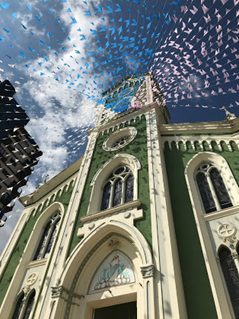 Caxambú, Minas Gerais, Brazil. With the aid of a CLAIS travel grant, I spent part of the summer of 2018 in southeastern Brazil conducting my master’s thesis research on a local new religious movement. Studying this contemporary religious phenomenon requires an understanding of the socioreligious background and the local environment against which it emerged. I took this photo when I stopped by Our Lady of Remedies church (Paróquia Nossa Senhora dos Remédios) in Caxambú, Minas Gerais, a town in a region that became known for its healing waters and deep faith. The church stands adjacent to the central water park where, in 1868, Princess Isabel of Portugal famously drank of the healing waters and became pregnant soon thereafter. This photo of the main church, still bedecked in the July festival (festa junina) flags, represents this embodied spirituality, the human wholeness that can come from an enacted faith performed in connection to the land. 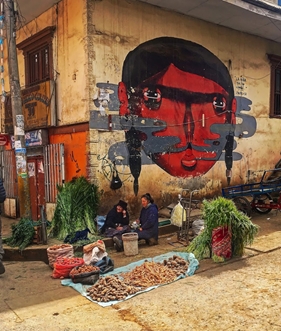 Two indigenous highland Peruvian women sit among the fruits of their labor on a congested camino peatonal in the historic highland silver mining capital of Cerro de Pasco, Central Peru. The vast mine at Cerro de Pasco once funneled silver to the Spanish crown and remains a billion dollar industry. Legends tell us that 400 years ago, the rocks surrounding Cerro de Pasco wept silver. Today, the people weep; their tears are thick with lead dust and other environmental contaminants. The area has been called Peru’s Chernobyl. Its red-cheeked children fall among the highest in global rankings of lead poisoning and the edges of the city have literally begun to slide into the pit. Its landscape is dusty, post-apocalyptic, and vaguely martian, ringed by mountains of gray pit mine sediments and dotted with waterholes turned neon orange by mining runoff. Below a smog-layered colorless sky and amidst the solemn bustle of a crowded central thoroughfare, two highland women sit surrounded by a kind of wealth born far away from this place. The cumulative effect of their offerings– mounded, abundant, bright, and imbued with vital force– injects a powerful sense of vitality into a city whose 400 year old open pit mine now literally consumes it. The women feed the people; in a cycle reminiscent of Taussig’s (1980) seminal work on the tin mine industry of Bolivia, the people then feed the earthly jaws of a kind of global economic beast– with their homes, their children, their lives. The cycle continues. People consuming, people consumed.

I visited the astonishing city of Cerro de Pasco in Summer 2018 while negotiating an archaeological project with regional governing officials. Archaeology may proclaim distance from modern geopolitical affairs, but it inevitably intersects with the lives of people today. This is especially true in the case of New World archaeology and its relations with indigenous peoples. This visit spawned a critical reflection of the parallels of two extractive industries, mining and archaeology, and the ways that both seek to downplay their effects on the lives of local populations. 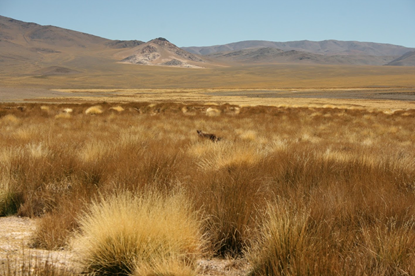 Golden hour among the igneous intrusions of San Guillermo National Park, Argentina is always a magical time. Here, the vegetation grows thick because these volcanic rock forms provide excellent cover for pumas (also known as mountain lions), who frighten away the large herbivores who would normally graze down the grasses and shrubs in more open regions. 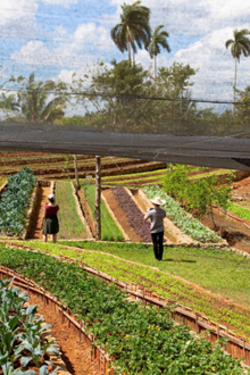 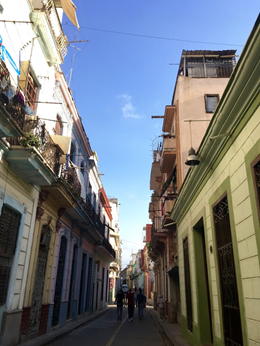 Friends walk down a street in Havana, Cuba. The distinctive architecture and unique history was one of the things that drew me to Cuba, and one of the most fascinating aspects of my time there. 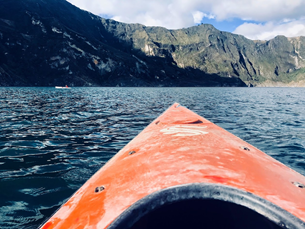 “Cotopaxi Canoe” was taken directly within Volcán Cotopaxi in the province of Pinchincha, Ecuador. During the summer of 2018, I had the distinct opportunity to study abroad in Quito, Ecuador, through Yale Summer Session Abroad. While many lessons were taken away from this South American journey, one of the most important was that peace and adventure can be found in the same place. Just like this canoe, Ecuador is a peaceful place, filled with beautiful landscapes and warm-hearted people. But just like this volcano, Ecuador is filled with adventure and surprises. Finding peace on a canoe in the middle of a volcano was just the unexpected respite I needed after a long day of travel during one of the program’s weekend excursions. Finding peace in the midst of an Ecuadorian adventure was exactly what I needed to solidify my love for Latin America.

Click to view a gallery of all the competition entries