“The Underpinnings of Meaning Change”: Teaching a Mini-course at the Buenos Aires Summer School in Linguistics. 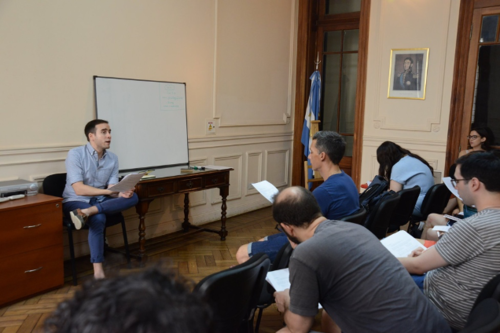 With support from CLAIS, the Council on Latin American & Iberian Studies, and the Graduate Student Assembly at Yale, I had the opportunity to participate on the last edition of the Buenos Aires Summer School in Linguistics (ELBA - Escuela de Lingüística de Buenos Aires), during the first week of February 2020. The summer school had four invited instructors, from the US, Brazil, and France, teaching a diverse array of courses in Linguistics. As an invited instructor, I taught a course on meaning change and its communicative and cognitive underpinnings.

The goal of the course was to introduce advanced undergraduate and graduate students to theories of semantic change that try to explain the forces that produce the regularities that are observed within this domain. During the five days of the course, we discussed possible accounts for semantic change phenomena, integrating previously disconnected traditions of linguistic research: formal semantics/pragmatics, grammaticalization theory, psycholinguistics, and language variation. 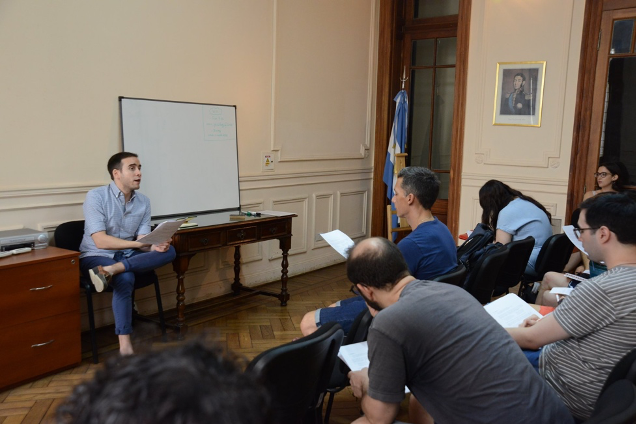 On Monday, the first day of the course, I talked about the basic ingredients for a formal theory of semantic change. The second day we looked at the regularities that are found at the lexical and the grammatical level, while introducing grammaticalization theory. On Wednesday, we talked about formal approaches to semantic change, and discussed some possible explanations for unidirectionality. Finally, during the last two days, we analyzed specific grammaticalization paths, trying to uncover the role of the structure of the meanings that participate in those changes, together with the role of the contextual properties that are at play in the real-time interpretation of the markers that express these meanings.

More than 30 students from Argentina, Uruguay, and Brazil attended the courses, making the summer school a success. I enjoyed being able to teach topics close to my research program, while developing my teaching skills further with a diverse student population. Establishing connections between US universities and programs like this one in Latin America can help in fostering collaborations and mentoring relationships that can be really helpful and useful for both parties. Thank you, CLAIS, for allowing me to do so!