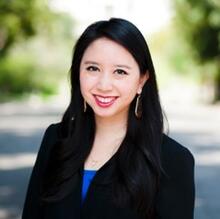 The European Studies and Latin American & Iberian Studies Undergraduate Fellows Networks welcomed Daisy Rosales MBA ‘20 in the most recent installment of the Career Conversations series. Rosales is the cofounder and executive director of BrioHealth Global, a non-profit that expands access to mental health resources in low-income contexts internationally, through collaboration with community leaders. (View Video)

Rosales called in from Quito, Ecuador, one of the locations where Briouses a mutualistic and collaborative structure to provide mental health resources. Rosales began with a story to illustrate the idea behind this concept: when she was eight years old, she visited a shelter for unhoused people in her area, and spent her visit with another eight-year-old girl, playing together.  ”There was a mutuality to that… it wasn’t about me condescending to help somebody less than.”

During and after her undergraduate years at Harvard, she recognized the importance of youth programs and education and how mental health can be incorporated into programs. “The theme of mental health started to weave its way in to our understanding of poverty and its compounding effects across health and well-being, and work, and all of these things that are important to all people,” she recalled.

She attended Yale School of Management, where she was eager to amplify its resources.That led her to explore co-founding Brio and getting it off the ground.  ”We got very mixed opinions at the very beginning, and I think that’s normal… when you only know a little bit more than the person you’re talking to,” she said of engineering new ideas.

Two lessons from business school stood out to her. Firstly, while it is “hard to disrupt the status quo,” she said, “we have more agency than we think.”Secondly, a panel in the philanthropy department discussed how to unite shareholders and align incentives, and, to Rosales’ surprise, she came away with an increased sense of the importance of personality and character in business.

With her combined devotion to social and , Briowhich Rosales described holistically as “a community of “people and initiatives that are driving toward human flourishing, for all people, to the very last person in the world… not bound by borders, or political affiliations, or religious affiliations, but just the notion that we should all be well, not just the absence of disease, but the ability to really thrive.”

The key efficacy of Brio— ”a tiny, tiny organization, working alongside many others” — is their model of supporting and expanding already-existing local social work, where people and organizations are “already showing up to serve… trying to make change, and partnering with community members, to see the kind of transformation they want to see in their communities.” Briopartners with experienced community leaders and organizations “for at least two to five years.” Briohelps develop metrics for these spaces to “capture the kind changes that the communities want to see,” in well-being.

Casa Victoria was Brio’s first partnership. Beginning in 2018, they piloted Ecuador’s first addiction recovery program available to low-income leaders, training 50 of these leaders and allowing them to provide addiction counseling in their communities. Since then, through “collaboration, trust-building, and asking the questions, ‘Where does it hurt?’ and ‘What does healing look like?’” Briohas been able to partner with 7 international organizations — reaching more than 3000 participants and recipients of care — in Latin America and Southeast Asia.

Most recently, Brioreconnected with Casa Victoria with a new project, which “focuses on community narration and storytelling from the Indigenous tradition.” It speaks to the need to serve a community “marginalized economically and otherwise,” by combining “celebration of [Indigenous] identity, and placement” with “resilience skills” of expressing, making meaning, and finding purpose. This initiative launched just a couple weeks ago, and Rosales is spending her time in Quito seeing the final product. “It’s absolutely amazing to watch it happen.”

Rosales closed by advising that our goals are to “[create] our own definition of success, driven by curiosity, not control. The more I do this work, the more I’m committed to being affected and affecting, and not controlled and controlling.”

All events in the Career Conversations series will be available on ESC and CLAIS websites.

To learn more about joining the Undergraduate Fellows Networks, visit: