On Thursday, November 10, a panel of esteemed filmmakers who participated in LIFFY joined the Yale International Alliance Film Society (YIAFS) for a conversation about the current state of Latin American Cinema. Maria Lopez-Bresnahan and Guillermina Rosenkrantz (from YIAFS) moderated the discussion, which featured Claudia Fischer of Weräpara: chicas trans; Melina Leon of Song Without a Name; Medhin Tewolde of Negra; and Trisha Ziff of Oaxacalifornia: The Return. Each filmmaker had the opportunity to pose questions to their peers and share a few key insights about their own projects.

Medhin Tewolde offered a behind-the-scenes description of Negra, a film that follows the journey of five characters as they explore their identities as Afro-Latina women in Mexico. Given that the Mexican constitution did not formally recognize Afro-Mexican people’s identities until 2019, the project was both personal and political for Tewolde, who participated as both a director and an actor in the film.

Following these comments, Claudia Fischer continued on the topic of representation in film. Weräpara: chicas trans is the first documentary to feature trans, Indigenous women in Colombia, whom Fischer describes as being a “minority within a minority.” Ziff’s film similarly explores themes of identity and marginalization. By following Mexican-American families’ experiences of migration, Oaxacalifornia shows how migrants’ views on resettlement change over time and space. 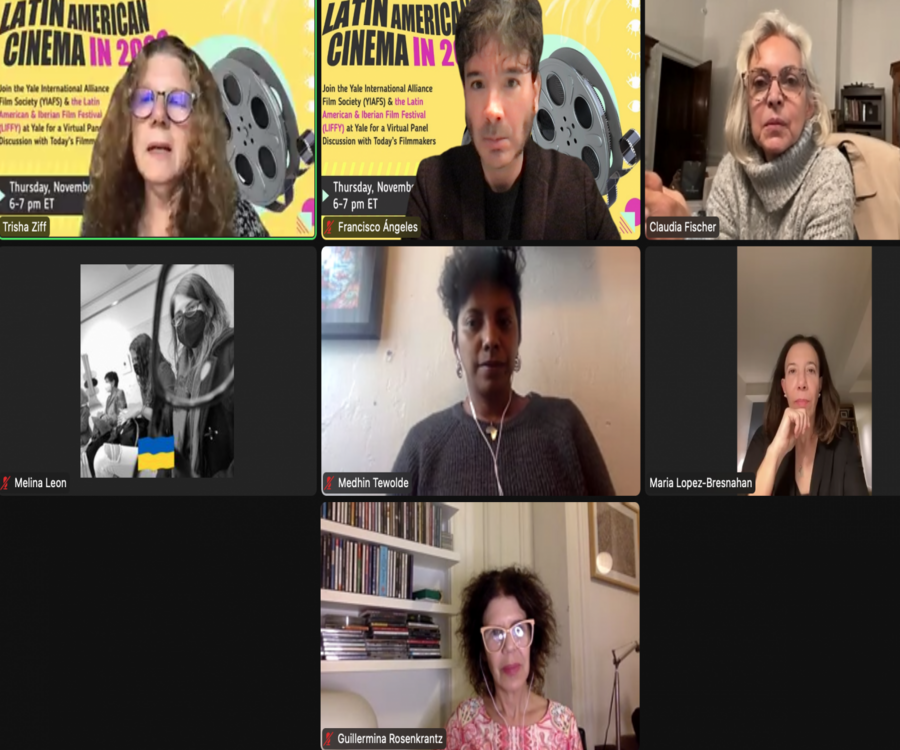 Since all of these films make important contributions in terms of representation and inclusion in filmmaking, the filmmakers’ comments prompted a conversation about the ethics of making films about communities of which one is not a part. Leon and Ziff both agreed that filmmakers should be extremely conscious about which projects to take on. Tewolde also emphasized the collaborative nature of filmmaking and reflected on the power imbalance that can exist between filmmakers and their subjects.

The session ended with a lively Q&A session with participation from the panel’s attendees. thanked the filmmakers and the audience for their contributions and encouraged everyone to attend the remaining panels and film screenings of the Latino & Iberian Film Festival at Yale.