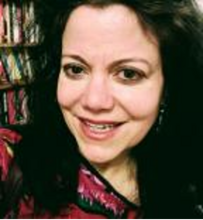 Originally from Puerto Rico, Professor Ana Ramos-Zayas attended Yale University as an undergraduate. After holding a post-doctoral fellowship at Harvard University and academic positions at Rutgers University-New Brunswick and the City University of New York, she has returned to Yale as Professor of Ethnicity, Race, and Migration and American Studies and Anthropology. She is also involved in the Women’s, Gender, and Sexuality Department and the Educational Studies program.

How was your time at Yale? Can you share a few memories that you think might encapsulate your experience?

In many ways, Yale was a foreign world to me until I got more involved with Despierta Boricua, the Puerto Rican student organization at Yale, and began working at La Casa Cultural Julia de Burgos.  I worked in a Yale-New Haven mentoring program for high school students and, in my Senior year, as an “Ethnic Counselor.”  Through Despierta Boricua, La Casa, and being an Ethnic Counselor, I got to meet some of the people who are still close friends.

What made you decide to become a Latin American Studies major?

How has the Latin American Studies major influenced your life, professionally and/or personally?

Although I had taken Latin American literature and history as part of my elementary and high school education in Puerto Rico, at Yale I was able to approach Latin American classics in light of their political economic contexts, paying greater attention to comparative and transnational connections.  Classroom discussions, as well as informal conversations with classmates, added a unique layer of understanding not only of Latin America, but of US empire and influence in the region.  As it turned out, even though I thought that I would end up in a career that was Economics-focused, it was a course I took in the Latin American Studies and Anthropology major that would most influence my graduate school decision.  I ended up pursuing a MA/PhD in Anthropology with a focus on US Latinx and Latin American Studies.

Can you describe your career path after Yale and your current role?

I ended up doing a PhD in Anthropology at Columbia and post-doc work at Harvard, before beginning my first tenure-track teaching job at Rutgers University, where I got tenure in 2006.  I taught at Rutgers and at the City University of New York before joining Yale in 2017.  My main academic affiliation at Yale is to the Ethnicity, Race, and Migration program, where I teach courses in race, migration, ethnography, kinship, privilege, and youth cultures in the Americas (hemispheric focus).

I think I would have taken more courses in areas of personal interest.  I would recommend students to major in what they are genuinely interested in, not just in what they feel might “look good” in their transcripts.  The truth is, people can pursue any kind of graduate work with any major, so it is not true that you can only do an MBA if you majored in Economics or a JD if you major in Political Science.  The best physicians I’ve met have majored in the Social Sciences or Humanities, including Ethnic and Area studies.